I remember one summer evening in Sweden, at Haa Retreat Center. The participants of a new course had just arrived. We sat in the yoga room and everybody presented themselves. I had spent many summers at the retreat center, as I was responsible for the ecological farming, and I recognised a middle aged man from Norway. He had regularly attended courses for the last few years, and when it came to his turn for presenting himself, he related cheerfully:

“Actually, I couldn’t afford to come on a course this year, but when I told my friends, they were alarmed. They began to collect money for me, so that I could come after all”.

Those of us who knew him laughed. He was usually a little hotheaded when he arrived, and discernibly more calm and well-balanced when he went home two weeks later. Obviously his family and friends agreed that this way they also benefited a great deal from the course. 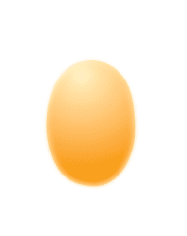 In another instance, I taught at the school in Copenhagen, and after a class, a woman came up to me and said:

“My daughter appreciates that I do yoga. – She says that I no longer scold her as much”.

This girl’s experience with her mother is in concord with one of the approaches of resolving conflicts, which was recently drawn up by the Conflict Resolution Network in Sydney, Australia, with a grant from the UN. It states that:

“For things to change, I must change”.

That things are related and are part of a whole, is also expressed in WHO’s new definition of health, which states:

“Health is a state of complete physical, mental and social well-being and not merely the absence of disease or infirmity”.

As regard to world peace, it is commendable to work in different ways to create tolerance and peace between people and nations. In my experience with yoga, I can see that tranquillity and well-being also comes from within naturally, and spreads as good humour and inspiration. If I am in harmony with my self, it is easier to be the same with the surroundings, and I wonder – isn’t it here that world peace starts.